A New Start for Katie

A New Start for Katie 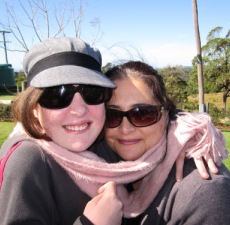 We were the first appointment after lunch and the wait seemed to go on forever. But I suppose we’d already been waiting 14 years, what’s another 20 minutes. My husband and I and Katie were finally ushered into the neurologist’s office in Brisbane. He wasn’t one to muck around.

“Your daughter’s MRI shows brain damage and she undoubtedly has cerebral palsy”, he told us.

Kaboom! A life changing moment, delivered in a calm voice by a medical professional, just one of the dozens we’ve gone to for help in the past 14 years.

Strangely it wasn’t shocking news, but in a way it was a relief to finally have a solid diagnosis. And yes, I can hear you asking already, “why did it take 14 years to diagnose CP?”

Well, the answer I suppose is that Katie is only mildly affected. In clinical terms, Katie had a cerebral incident or an ischaemic insult in utero which has left her with Hypotonic Cerebral Palsy. All of her limbs are affected to a mild degree.

Katie was that kid at school who always came last in the cross country, struggled to run on athletics day and preferred the kickboard events at the swimming carnival. Her knees are covered in scars from falling down. She struggled academically and was diagnosed with dyspraxia, a motor learning difficulty affecting movement and co-ordination.

When Katie got to high school her teachers weren’t satisfied with the dyspraxia label and we resumed the search for answers. Believe me, we’d tried it all over the years. Paediatricians, child development specialists, physiotherapists, occupational therapists, kinesiology, naturopathy, homoeopathy, the list goes on.

Which brings us the neurologist and the MRI. Finally, an answer. But what now?

Now, it’s a whole new world of opportunity for Katie. Her school has funding to help her and the results are already showing.

After reading about cerebral palsy, Katie understands the condition, and despite my fears that it would be a massive emotional adjustment for a teenage girl, she was proud to tell her friends and our family about her CP.

After being told by her wonderful new physio that she could compete in any paralympic sport that took her fancy, she’s gone from being completely disinterested in sport to wanting to sign up for everything going.

She joined the swimming squad at school and the fierce coach, know to all the competitive swimmers as “killer Chris”, took her under his wing. After one month of encouragement and gentle coaching, Katie now swims one kilometre in a session.

Soccer was next on her list and that brought another amazing person into our lives. Jay Larkins set up the Brisbane Paralympic Football Program in 2005, as a way for children with CP to get exercise. It now has more than 40 athletes regularly attending and a number of the boys have gone on to national and international representation. Through football, Katie has met other teens with CP and it’s been an invaluable boost to her self esteem. And, she was recently picked in a Brisbane team to play in the state titles later this year. You can’t wipe the smile off her face!

What’s ahead? I don’t know. But I do know that we have met and been helped by some remarkable people since Katie was diagnosed with cerebral palsy, and for that I am truly grateful.

Every 15 hours a child in born in Australia with cerebral palsy, making it the most common childhood physical disability. Cerebral Palsy Awareness Week kicks off in Queensland on the 30th of July.